The Glass House of Forgetting

The ones who journeyed here were the ones who desperately needed to forget. So they filled out an application, a hand-written letter addressed to the proprietors of the Glass House, that described their singular plight. And then they waited for word of their acceptance, for hope.

There were guests who traveled to the glass bed and breakfast to forget work, their fingers to forget the keys of typewriters and columns of figures tallied daily in massive accounting registers, hands that longed to forget cleaning after careless people who could afford indifference, arms that waved planes through the appropriate runways, backs that longed to forget moving other people’s daybeds and pianos, the monotony of construction work; ears that longed to forget the grievances of clients, unspeakable horrors witnessed, words said, often their own, in the bitterest of hate.

The magician sought to forget his tricks, the clown and comedian those they could not make laugh; the soldier, the civilians he had inadvertently killed; the doctor, the patients he could not save. Each came to dump his story in the sea for someone or something to take over, beat those phrases tender as the local fishermen beat octopi against stone to soften the meat for eating and make the hours go by, beckon sunrise to follow sunset.

The retired bus driver came to forget the route he drove for twenty-six years, the chain of one street branching into another and another that he traveled in his mind repeatedly. In waking hours and in sleep, he was forever working: the sequence of roads always leading to the small boy run over by a dump truck he didn’t see or hear–and to waking up without any air.

And then there was the woman, the Stone Angel as she was called, who could not remember anything. She was dropped off in the middle of the night by her children who longed for the process of forgetteing to be reversed for their mother who no longer recognized them. Sonya, who would become an important reminder of the danger of forgetting too much. 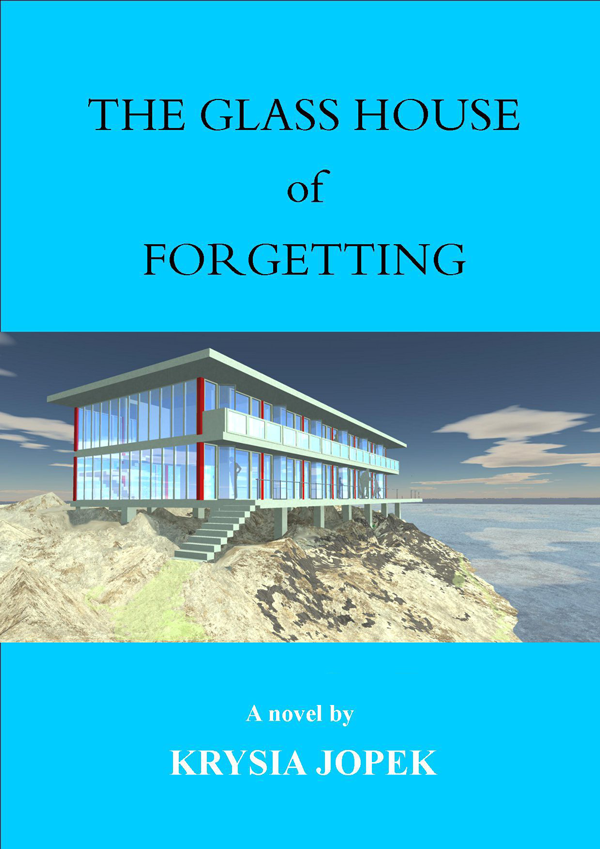 Thank you to Khader Humied, architect and good friend, for his visualization of my literary Glass House on the island of Tunisia. Check out his video. . .

2 Responses to The Glass House of Forgetting