From “Triangle” (Will, Jamie, and Sean) 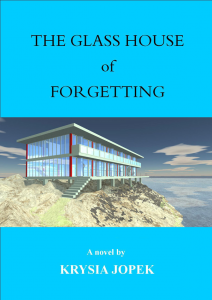 TRIANGE
We found it strange that the three of us were left on our own so soon after our arrival. Each of us had expected some instant magic of sorts to begin when we stepped off the small boat piloted by a fisherman, Ziri. The journey from the mainland, Sfax, to the western of the Kerkennah islands struck us all as strange. For some reason, the boatride was filled with trepidation. Maybe we couldn’t be saved.

The landscape that loomed was also daunting. None of us had ever been to northern Africa or anywhere even close.

Yes, we assumed the healing would begin as soon as we stepped off the boat onto the shoreline. We had heard that the Mediterranean and the open, arching dome of sky was part of the healing process.

The Fetchers did not greet us, as expected. We had heard talk on the mainland that the couple was getting tired. We wondered and discussed if the potion that ushered the way into forgetting really existed–or was that merely heresay, one of the rumors circulating about Sarah and Ethan Fletcher?

Yes, we arrived and expected the miracle to begin.