The Opener of Letters, or Broken Tern (Gabriela) 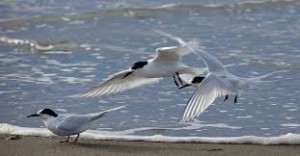 [beginning of Chapter One: after Prologue: The Book of Forgetting]

I was incredibly lucky to have found the Glass House on the western island of Kerkennah, twenty-four glorious miles from the mainland. Grateful to be beckoned by its glass windows glittering in the sun of my peripheral vision. The crisp sky loomed above the Mediterranean, and I was dazzled by the broken lights on the water and a feeling that refuge lay ahead. And I needed a sanctuary. On a visceral level, I knew, that there was no turning back.

I had not the faintest idea or shadow of anything resembling an idea where I was headed or where I would end up when I fled Venezuela in the middle of the night, in the middle of being nineteen. None of it had been planned by me. My parents had married me off to a stranger, an older man. And for many years, I could not speak of what transpired even to the Fletchers. It was that awful, and I blamed myself. Because for all intent and purposes, I was still a child.

Yes, I was very fortunate to be taken in by Sarah and Ethan Fletcher, who I sensed, needed a hurt bird to care for. For in doing so, they were nurturing their own wounds, gathering strength to walk through passageways without their daughter, who had died tragically five years before I arrived and, whom I knew, in some aspects—I had become. But I didn’t mind. I was in need of a new family. I understood, even then, that I would never see my parents nor my too many siblings again. It was too dangerous.

There were already rumors about the Glass House when I arrived. Some said the Fletchers’ daughter had drowned in the sea while she and her parents played a game of merman and mermaids. Others said something more nefarious happened: a mercy killing of sorts. No one risked asking them, myself included; there seemed to be too much loss embedded under an avalanche of five long years. Perhaps the trauma of Mirabel’s death was buried so deep that it could never be excavated without everything else crumbling.

The Fletchers had learned to forget—out of a painful necessity—what many whispered about as the brutal death of their daughter. That they had learned to excise that horrific July afternoon from their memory. No one knew exactly how, but it was clear that the Glass House designed for them by a semi-famous architect, Ethan’s childhood best friend, played an integral role for them and for the others whose stories were etched like isinglass on scrimshaw in the book I was sent to save.