The leaves are down, the shutters are down, night fell down early. The trees, the House, the moon left standing. Some of us fell underground, cradled by tree root and rain-drenched earth. Away from the others. Myself and some others, somewhere I would have to think (the problem) in other pockets of ground. Separated, lost from the others, the trees, the House, the moon looming a charm of light above ground, muffled distance. Looking up at the world—hungry—for all of it. To be like the others—cartwheeling with others through chains of days however dark-so-early, however cold. No one says.

Yes, I took the leaves and the rain with me, the shutters of the house to sheathe me. Too many days later, I took what would be left of the moon and wept in her arms. Cradled by tree roots, myself and some others somewhere I would like to think (the problem), our backs sore from lying there so long. Afraid to tell the others. What they would think. Wept for all I could not touch or be, carefree like the children not minding the cold, not noticing night falling so early, how the shutters had fallen from the house, how far away the sounds of the others, muffled by ground.

There would still be leaves to be raked and carried behind the House, the shutters would need to be appended, before the day ended too early and the cold shook the bone ache, the back sore from lying in tree-root, thinking too long, eyes tired from looking through earth. The cage of bones would need to be cleaned. Maybe some others would know. It must be so. I shall say it. It must be so.

[titled by Gene Stewart– thank you!] 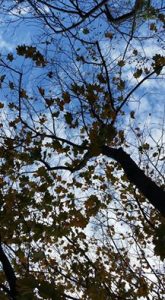 3 Responses to FROM THE GROUND