The Favor [from The Glass House of Forgetting] 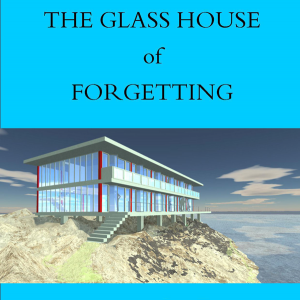 Samual waited two weeks before he approached Ethan and sought him at night—thinking the proprietor would be tired and more likely to comply. The man’s Arabic wasn’t as good as the wife’s, which would also work to his advantage. He had rehearsed his words and possible responses from the husband.

“Good evening,” Samual called as he heard Ethan approach the front porch from his nightly walk on the shore.

Ethan was awkward, caught off guard, though Samual had tried not to startle him. “Good evening, Samual.”

“Thank you again for letting me stay here.”

“Yes, your inn is very peaceful.” The silence was filled with the surf crashing on the shore. “But I’m wondering if you can do me a favor that has to do with forgetting?

“Sure— What do you need?” the man asked him, in earnest, he thought.

“My request has to do with forgetting—you and your wife’s well-known expertise.”

Samual hesitated. He felt like he was placing an important bet. “I need you to help me to die. To forget these days of too-old age, these days without my wife.”

The man seemed uncomfortable as Samual knew he would be and unsure how to respond, so he continued, “I’m just so tired and I can’t see anymore. Out of pity, doctors who came to the island offered to remove the clouds in my eyes, but I don’t trust them. And I don’t need to see anymore. Everyone is gone.”

“That’s why you agreed to come here, isn’t it?” the man asked in a voice tinged with hurt, Samual thought.

“I think you misunderstand. My wife and I don’t—” but the man didn’t finish his sentence.

“But there are stories of the woman without memory and your daughter.”

“You misunderstand. We helped the woman with no memory not to suffer any more from her illness. And our daughter—we had nothing to do with her death. You misunderstand,” he reiterated. “We help people to forget.”

“Please let me have some of the potion I’ve heard about.”

“There is no potion,” Ethan claimed.

“Please talk to your wife and ask her opinion,” he pleaded before turning away.

Despite what others said, Samual did believe the couple was kind. He had rallied all his strength and courage to ask Ethan for the favor. He had nothing to lose. It was rumored that he was 103. Dido, the Queen of Carthage, lived to be 127. But he was ready to sleep and maybe see his wife again. He wanted the aches in his bones and the clouds in his eyes to be gone forever.

4 Responses to The Favor [from The Glass House of Forgetting]